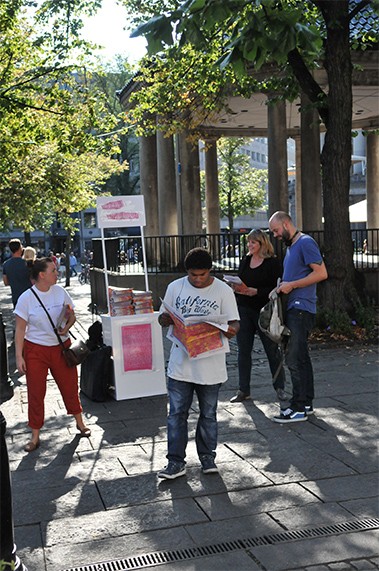 On Thursday September 5 2013 the newspaper For Myself and Strangers was sent out to 100.000 households all over Norway that do not subscribe to a daily newspaper. The paper contain contributions by Mathias Danbolt, Sara Azmeh Rasmussen, Olga Schmedling, Nina Witoszek, FRANK (Liv Bugge and Sille Storihle) and Eivind Reierstad (Ane Lan) that explore issues of gender and public space in connection with the anniversary of women's suffrage and parliamentary elections in 2013.

Read For Myself and Strangers